Brazil is home to a very rich biodiversity, in here you will find biomes such as the Amazon, Atlantic Forest, Caatinga, Cerrado, Pampa and Pantanal. In Rio de Janeiro you can take trails guided by professionals who know every part of the rich Atlantic forest that will take you to the most beautiful views, top of mountains that are tourist attractions desired by people all over the world. The weather here also helps us - most days in Rio de Janeiro are of a specific blue, without clouds and a sea that will be ready to receive surfers or children. Let us provide adventures, memories and stories worthy of a book. 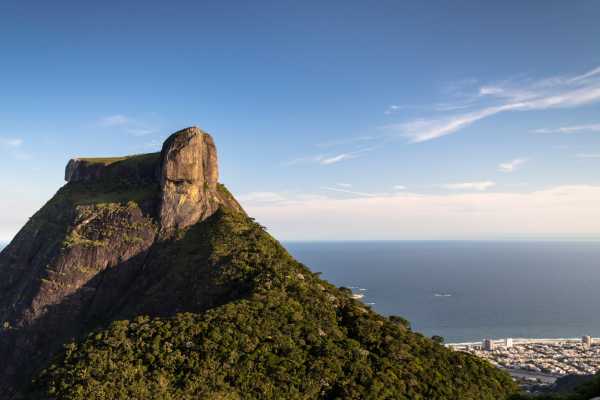 All the way up at the Gavea Stone

Considered one of the postcards of Rio, Pedra da Gávea is the largest monolith by the sea in the world. With more than 800 meters of altitude, due to its location and characteristics, it has always been a reference for navigators. It was only in 1830 that the first expeditions began to be undertaken to its top, which, since then, has received a large number of visitors on its trails and rocky slopes, becoming a carioca reference for the practice of mountaineering. It is a trail with a heavy degree of difficulty and approximately three hours of walking, so it should only be done by people with good physical condition and used to heavy and technical hikes. In addition, you will be accompanied by an experienced guide with the propper gear and safety equipment. So you'd only have to bring appropriate footwear and clothing. So much exercise effort is rewarded by one of the most beautiful natural views in the world.
More 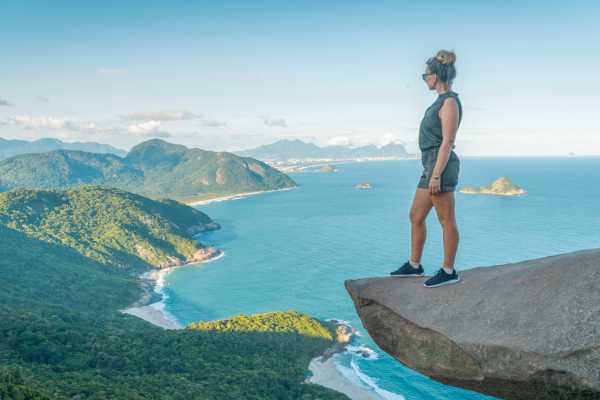 Pedra do Telégrafo is located in Pedra Branca State Park, in Barra de Guaratiba, and is 354 meters high. The stone served as the base for a military submarine observation detachment during the Second World War and today it is much sought after for its beautiful viewpoints. From up there, you can see the wild beaches of Rio de Janeiro, such as Praia do Meio, Funda, Grumari, as well as Recreio, Barra da Tijuca and Pedra da Gávea. On the other side, a magnificent view of Restinga da Marambaia and the mangrove complete the scenery.
More 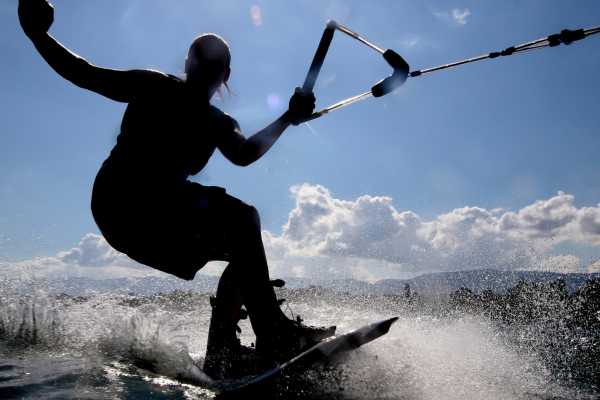 In case you don't know, Wakeboard is a water sport practiced with a board pulled by a jet ski or a speedboat. You will perform maneuvers while being pulled into the sea. It is held in several locations throughout Brazil, especially Barra da Tijuca, in Rio de Janeiro. Classes are for beginners and for those who already practice wakeboard. For beginners, the instructor explains the techniques to be able to stand. Equipment such as a board, boots, speedboat or jet ski are included in the wakeboard package. Also, you can choose the level of difficulty you want for your experience. Classes are individual and the price varies according to your need. This tour includes accident insurance, photos and videos.
More